The Boxer is an eight-page Starsky/Hutch story by Jane Aumerle.

It was published in Ten-Thirteen #2, a gen zine. Its inclusion in this zine was a point of controversy. 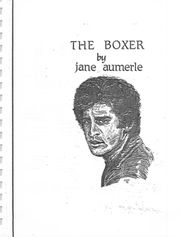 illo by Freda Hyatt for this story in Ten-Thirteen #2 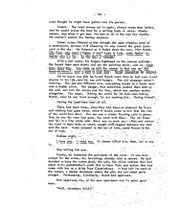 Slash in a Gen Zine

Both issues of Ten-Thirteen were supposedly advertised as gen zines, at least to their tribbers.

The first issue of that zine contains a very subtle slash story, Gate of Ivory, Gate of Horn. The second issue's slash offering is not nearly as vague; the premise is very clear, both in language and in content.

In "The Boxer," Starsky is packing up his apartment in preparation for a move. He reminisces about his relationship with Hutch, coming back again and again to how much the man means to him, and how he has been fighting his love and attraction to Hutch. Starsky, instead, thinks back to his purposeful pursuit of women, and of anonymous sexual encounters with men in bars. When Hutch arrives at his apartment to assist him in the move, Starsky thinks, "If only I could tell him." The story ends on that note.

The story also has a lengthy description of Starsky painting his window shades, something that supposedly appeared in the background of the show, and was a very hot topic of discussion among fans at the time.

As a writer with three contributions within the pages of Ten-Thirteen #2 under various pseudonyms, I wish to dissociate myself entirely from this zine. I further wish to make it perfectly clear that I had no idea that S/H material was going to be a part of this publication. Had I known, I would have withdrawn my contributions… [My pen-names]… were done for fun and not because I am ashamed of what I write. I have never made any secret of the fact that I have contributions in 10-13ii, therefore a number of people know that I am in there somewhere. It is this knowledge that has forced me to write. In the last month’s letterzine, Terri said that ‘from the first, we said that 10-13 would have no vetoes.’ Despite this statement, I have received private, written assurances from both editors that 10-13 would contain no S/H material. Chris' letter to me advised me that this zine would be G-rated and ‘strictly straight.’ Terri's letter to me states quite categorically that the S/H story I knew she had in her possession at the time was ‘definitely’ (her word) not gong to be in 10-13ii. BUT IT IS…When 10-13i came out in February 1981, I made it very clear… that I was worried about the fact that an S/H story, however innocuous, had been included in it. I stated at the time… that if S/H material was to be used in 10-13ii, then I should consider withdrawing my contributions. It was after I had voiced my concern that these written assurances were made to me. I did not, incidentally, know that there was to be an S/H story in 10-13i either. I let it go by without public comment because I thought it was partly my fault for not having made my views clear enough. I cannot do this a second time… This raises a vexing question… does a contributor to a zine have a right to know if that zine is to contain material that might possibly considered controversial, or might possible offend? [1]

Perhaps the best constructed vignette in the zine is Jane Aumerle's "The Boxer," which presents to us the Starsky of Graven Images (who is rather similar to the Hutch of Graven Images). It would be interesting for that alone, but the fine rhythm and pacing are a bonus. [2]

I wish The Boxer had been written by anyone but Aumerle, as what I have to say is bound to be misinterpreted by at least one person. And, I don't see the point of including one brief, inconclusive S/H vignette in an otherwise PG zine — unless it was included as a figurative thrown gauntlet. The vignette says nothing that has not been said in unpublished work, nor is it said in a unique way. I think the only purpose it will serve is to discourage readers who would otherwise enjoy the zine very much. Ah, well. [3]

You probably get closest [to early pre-slash/slashy] with stuff like "The Boxer" which is deliciously ambiguous, but could pass as gen if you didn't want to see the slash and if you ignored who wrote it. [4]