From Fanlore
(Redirected from T.O.T.O.)
Jump to: navigation, search

The Obi-Wan Torture Oasis was a Star Wars TPM archive for Obi-Wan-centric hurt/comfort fanfiction. T.O.T.O. featured some of the best stories in the fandom and looked very pretty with its fanfiction covers by analise.

A quote on the main page explained what it was all about:

"There is something so wonderfully demoralizing about sodomy; takes all the fight out of a man, to be conquered from within." (from Zen&nancy's "Little Earthquakes")
It's more than a kink, it's a biological imperative. We Ladies of Slash must hurt young Obi-Wan Kenobi. Hurt him bad. Hence this site, and you know the rest. We're not too inclined these days to wonder just *why* we enjoy Obi-Wan (or Mulder or Bashir or Blair or a host of other icons) displayed in such a visceral state. At least, we wonder no more so than men who question why they enjoy lesbian porn flicks. Just relax and enjoy the rollercoaster.

In 2006 the archivist took the site off the net because she wanted to focus on her profic.[1] 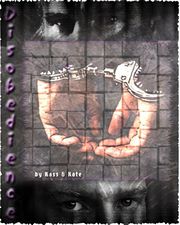 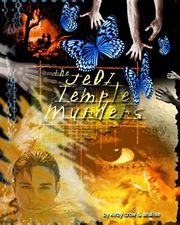 A Place Of Silence

by Destina Fortunato
Obi-Wan is captured by slavers and Qui-Gon risks everything to get him back.

An Uncommon Fear Of Shifting

by analise
Obi Wan is kidnapped and Qui Gon stretches the boundaries of both his duty and his discipline to find him in the midst of a diplomatic crisis.

by Kirby Crow
Obi-Wan deals very badly with being replaced by Anakin. Please read the warnings.

by Keelywolfe
Obi Wan seeks something his master cannot give him in the arms of another.

by DBKate
Stranded on a desert world, Obi-Wan makes a dark discovery. 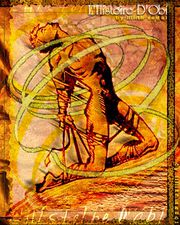 by Kass & Kate
A disobedient padawan learns a lesson from his Master.

by Mac
Obi-Wan is poisoned by Xanatos and his clock is ticking.

Fear Is Not The End

by Llamajoy
Obi-Wan must deal with many kinds of fear. Set in pre-TPM to post-Jedi.

by Kirby Crow & analise
Young Obi Wan Kenobi is forced to relive a horrific experience when someone begins killing Padawans in the Jedi Temple, and not even his Master can save him.

by Lilith Sedai
Obi-Wan neglects to pay careful attention to a briefing, agrees to accept an unusual mission assignment, and lets himself and Qui-Gon in for more trouble than either of them bargained for. 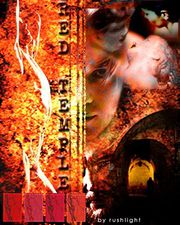 The Red Temple cover, by analise

Lion at the Gate

by Amari
Set during and after the second trip to Naboo, Obi-Wan and Qui-Gon each struggle to come to terms with what the future holds.

by rushlight
Obi-Wan goes undercover as a sex slave in order to find a governor's missing son.

by HiperBunny and MrsHamill
Qui-Gon gently turns Obi-Wan down. Obi-Wan fails to turn down a rather nice substitute. 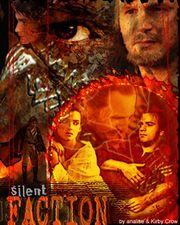 by Kirby Crow and analise
By the time Master Qui-Gon is sent to investigate Knight Kenobi's suspicious activities on the mining moon of Ramos V, he and his former Padawan have been estranged for 4 years. When they finally meet again, Qui-Gon discovers Obi-Wan has a new life, a new home, and a new love...

Though Night Shall Fall

by Keelywolfe
Set four years after TPM, a Jedi has fallen to the dark side. A combination of story and POV of the events.

by Destina Fortunata
A change in Qui-Gon's relationship with Obi-Wan results in dangerous fallout.

by Anne Carr and Emrin Alexander
When Obi-Wan is severely injured, Qui-Gon goes through his former apprentice's collection of rocks and discovers that he may not know him as well as he thought. 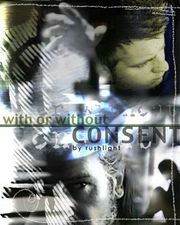 With or Without Consent cover, by analise

With Or Without Consent (Mirror version, Resolution)

by Rushlight
Some temptations just cannot be resisted...

Wolf At The Door

by Kirby Crow
Obi-Wan has escaped from the Sith, but will he ever be free?