Stroke of the Sword

Stroke of the Sword is a gen Highlander anthology. 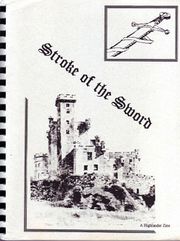 An old friend of Duncan's turns up again- with a baby in her arms and a problem hot on her trail. There's another MacLeod on the block- and she reminds Duncan painfully of a cousin he knew before his first death. How did Duncan and Richie wind up living together; more. 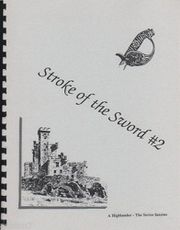