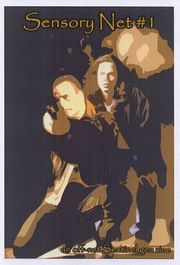 Sensory Net 1 was published in 2006 and contains 150 pages. The front cover is by Brate. 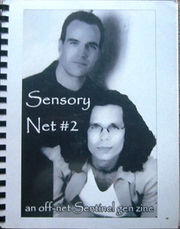 See reaction and reviews for Anomie.

It contains a single story called "Anahata" by L.A. Adolf. It is the sequel to "Anomie" in Sensory Net #2. 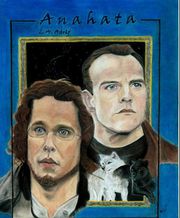 Blair has left Cascade, but Jim is determined to find him. When he does find Blair he finds a man who has made a life for himself away from Jim. Now Jim must decide if he will destroy that life, or not.

Sensory Net 6 was published in 2010 and contains 252 pages. It has a single story in it called "Letter from Hades" by Demeter. 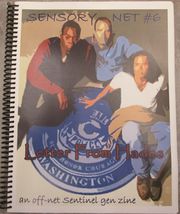 When a case involving the ritual sacrifice of children ends in the the hands of he Major Crimes Unit, memories that Blair thought long buried surface, along with a troubling secret - he is suffering from multiple personality disorder. Now, Blair struggles to piece his life back together, and Jim tries to protect him as well as find the man responsible for Blair's condition. Note: This is not a slash story, but one of Blair's personalities in the story is gay and he is depicted with an OMC