Rocking Out Against Voldemedia is a wizard rock compilation album released by The Harry Potter Alliance in 2007. It is available for free digital download and features previously unreleased tracks from several well-known Wrock bands.

The album art is by Alec Longstreth. A "do-it-yourself" version of the cover can be downloaded here.

The album was released to raise awareness for The Harry Potter Alliance and to "draw the link between the perils of media consolidation in the Wizarding World — and our own."[1] Specifically, its goal is to draw attention to media consolidation and biases in U.S. news coverage. 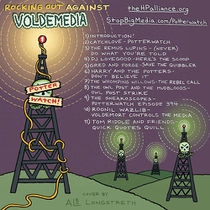 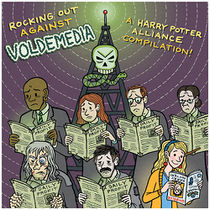