Reflections (Beauty and the Beast zine edited by Gloria Handley)

For articles with a similar title, see Reflections. 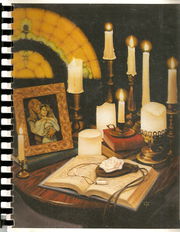 This is the con zine from the 1997 convention Reflections; the first all-season con zine, with both Classic and 4th season stories. 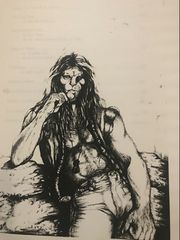 The conzine from the 1997 convention, Reflections, is unusually diverse and lively, and is (to the reviewer’s memory) the first all-season conzine, with both Classic and 4th season stories. The zine is well worth the price just for the gorgeous color front cover of a table in Vincent’s chamber, and its contents: award-winning art from Kevin Barnes. The Barnes back cover of Vincent and Catherine in Renaissance dress, though b/w (as is the original), is almost just as handsome. Suitable for framing. The zine features a special section in which fans reflect on how Beauty and the Beast has changed their lives....A substantial, literate, and interesting zine. [1]