Metaluna is a gen literary and multifandom anthology published in Australia. There are forty-five regular issues plus several "specials," each running about 20 pages.

The editor describes it as "a media science fiction media fanzine with regular excursions into original fiction and art." it features short stories, articles, and artwork, some of the content was devoted to such television series as Blake's 7, The X Files, and Babylon 5, and movies such as Forbidden Planet, and Dr. Strangelove.

Metaluna 1/2 was reissued as a combined zine, and it had a cover by Mike McGann. This issue contained 36 pages.

Metaluna 7 was published in December 1985.

Metaluna 8 was published in January 1986. 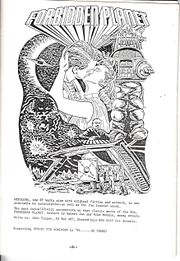 Metaluna 10 was published in 1986 and its focus was Forbidden Planet. It has art by Robert Jan, Mike McGann and others. 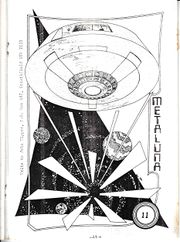