Mercy in Action is a gen anthology. It is a charity zine. All proceeds above costs go to Mercy in Action, a UK based charity which helps alleviate poverty and improve conditions in the Philippines. 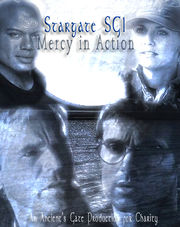 Mercy in Action 1 was published in 2005 and contains 290 pages. It also features a special piece of art by Cindee done for the story Memories. Most stories include a minimum of 3 pieces of art created for the story. 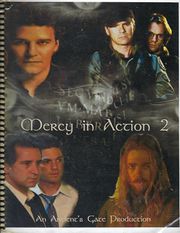 Mercy in Action 2 is a 296-page multi-fandom gen compilation contains stories by Scribe, Brenda A., Ankh ELG, Jb, Rynogeny, and Lex. It was published in 2006. Most stories include a minimum of 2 pieces of art created specifically to illustrate the stories.