"master_apprentice is our mailing list for posting and discussion of fan-fiction involving Obi-Wan and Qui-Gon, as well as discussions about these characters themselves and the Star Wars movies. Please join us! The rules will be simple: have fun, encourage our writers (constructive criticism and feedback welcome), but no flaming will be tolerated. We will also strive to keep conversation and fiction on-topic as this has quickly become a high-volume list with over 300 members." 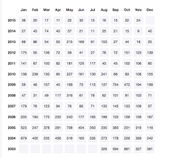 The list was not without its critics. In 2003, the list was deleted from yahoogroups when one of the administrators was reported for allowing chan fiction to be posted on another mailing list. Yahoo groups deleted all the mailing lists that the administrator had access privileges to, including Master and Apprentice. At the time of deletion, the mailing list had over 1300 members and over 675,00+ messages and files. When the list was reinstated, the remaining moderators decided to disallow chan fiction to be posted until the dust settled.[1] Posting of chan fiction resumed a few months later.

An archive for the group's fanfiction is located at MasterApprentice.org. As of March 1, 2014, the stories were imported to Archive Of Our Own, in the Master Apprentice Archive collection. See Master and Apprentice (Star Wars: TPM archive) for more details.