Isaac/Nikki is the RPF pairing of Isaac Hanson and his wife Nicole Dufresne Hanson. It is most often referred to by the portmanteau Nike.

Their relationship is largely viewed favorably in the fandom, although there are rumors about their parenting. Likewise, the seriousness of their relationship prior to Nikki's pregnancy (she was around three months pregnant at their wedding) is a common topic of debate. Still, their tendency to be the more private of the three couples has kept them from being very controversial.[2][3][4][5][6] 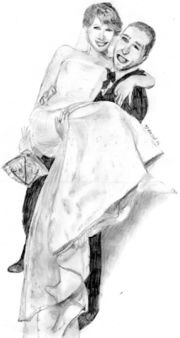