In Search of Angels

In Search of Angels is a 99-page het Beauty and the Beast novel by Trisha Kehoe. 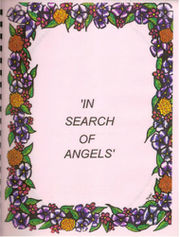 Four empty years after Catherine's death, Vincent feels he has nothing to live for and cannot endure being without her. Adding to his distress is that Jacob seems unlikely to survive a seemingly unending series of illnesses. Grieving in the park on the anniversary of Catherine's death, Vincent fervently prays to be reunited with her, and the prayer is granted by the Spirit who appeared to him in Catherine's guise in "Remember Love." With her, he makes a pact to return to some moment in the past. He will then be granted seven days with Catherine. Then Catherine will again be gone.

He chooses the moment he came to drowsy consciousness in her bed in "The Rest Is Silence." Waking, he doesn't go Below after all but instead stays with Catherine and they become lovers. For awhile, lost in sensual raptures, he doesn't notice the clock ticking away the allotted time. But as the days pass, that consciousness returns, making each moment more precious and the realization that the end is approaching less endurable.

The conclusion is not what Vincent, Catherine, or (surprisingly) the Spirit had expected.

The passages of explicit sex are a strong element of this zine, but are kept subordinated to the storyline.