It posits an alternate reading of events in the West Wing timeline between the episode 'Disaster Relief' (ep 5:6) and the final episode, 'Tomorrow' (ep 7:22), and makes some attempt to account for the notorious West Wing 'missing year' which is here taken to have been between 'Abu El Banat' (ep 5:9) and 'The Stormy Present' (ep 5:10). 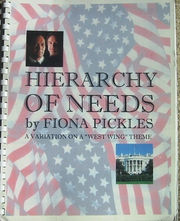 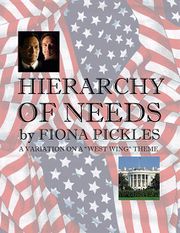 It's late 2003, Josh Lyman is in disgrace for 'losing' a Democratic Senator, and suddenly nobody even wants to know his name. That's why he's suspicious at first when someone new walks into his life, apparently with every intention of staying. Josh believes that anybody who looks too good to be true probably is, so he isn't in any hurry to trust the charming Congressman Matt Santos - until, that is, an unexpected facet of the man's character is suddenly made clear to him. But nothing worth having is ever that easy, and when his own desires come into conflict with the needs of his country Josh has to get his priorities in order and make a decision that could alter the future of the world.