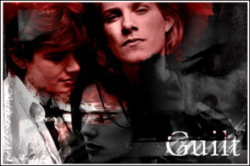 Guilt is a Hanson slash fanfic by Abby. It was written in 2010 and features an incestuous pairing between Zac and Taylor.

For years, Taylor has felt guilty over the sexual relationship he has with his brother that began when the two were only young teenagers. After his marriage, Zac agrees with Taylor that the relationship should end, but only a few months later he begins making sexual advances on Taylor again. Although Zac is confusing and frustrating, Taylor can't refuse his advances. That frustration only grows when they go on tour and Zac grows close to a member of the opening band. Taylor rekindles his old friendship with Alex Greenwald and begins a new relationship with an OMC who turns out to have an equally complicated relationship with his step-brother. Eventually, after being discovered by Isaac, Zac and Taylor talk things out. It seems as though, all along, Taylor had misinterpreted many of Zac's actions and motivations. Once they work through those misunderstandings, the two are able to have a happy, although largely secret, relationship.

The Other Side of Guilt

In order to further clarify Zac's character, Abby wrote a short side story from his point of view. In it, several key scenes from Guilt are re-written from Zac's perspective, showing just how wrong Taylor had been about many things. This story is no longer available online.

What really makes Guilt, though, is Abby’s ability to so fully consume the reader in the narrator’s point of view, and her ability to craft enigmatic characters that neither the narrator nor the reader can understand. Upon a second read, I can see Zac’s actions more clearly, but the first time around, I was as shocked by his explanations as Taylor was. Abby has managed to write both an unreliable and completely sympathetic character in this Taylor. While I usually don’t approve of random point of view shifts, the few shifts near the end to Zac’s point of view, actually work well, although I could do without the few chapters from Isaac and Alex’s perspective.

In rereading Guilt now, I can definitely see that Abby has grown as a writer. The dream sequences feel like lazy storytelling at times, something many authors do. There a few typos and some sloppy phrasing, but the characters and plot more than make up for those few flaws in the writing. Guilt is still a great roller coaster ride of a story that any fan of drama, smut and Zaylor will love.[1]

AntiZaylors don't know what they're missing out on. I've read a lot a lot of fanfiction, in a lot a lot of different fandoms, and trying to find one that is even half good is terribly hard. Most of them are cliche, badly written, too short and rushed, etc. You wouldn't believe the amount of Zaylor stories I've come across that are unbelievably well written, good enough to be published and have a movie made after them good. If only you could get over your fear of Zaylor. Just try one fic. Seriously. It's like crack. Except you will not regret it.[2]

Guilt won awards in the Thieves and Liars Awards and was nominated in the WTF? Hanfic Roast! It is featured in the PlaceToHide.net hall of fame.