Galactic Times is a gen Star Trek: TOS newsletter published in the UK. There are at least two issues.

From an ad in STAG #25: "This newspaper/zine aims to cover all aspects of science fact and fiction. Published 2-monthly, subscription £1.75 per year."

Galactic Times 2 contains 23 pages and was published in November 1977. 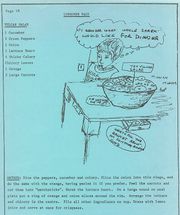 a recipe for Vulcan Salad: "I wonder what Uncle Sarek would like for dinner." 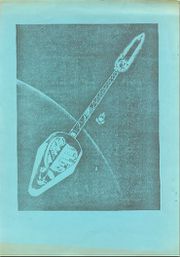 back cover of issue #2, uncredited 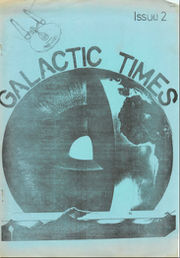