Enterprising Falcon is a gen anthology one-shot zine published in Canada by Brenda Cunningham. It has 118 pages and includes both Star Trek as well as Star Wars fiction.

It has been three years since I first got the idea for this fanzine and it is finished at last. Like, better late than never, eh? Now that it is finally complete I can look at it with the same perspective I've had all along and say I am I ever glad that's done!

It seems that as this issue comes out one era of ST film comes to an end while another continues a long awaited comeback. Last things first, the STAR TREK movie series, off to a stumbling start with STAR TREK —The Motion Picture, and on to solid footing with The Wrath of Khan, seems destined to be around for some time to come. In Search of Spock has been announced as having a release date early in 1984. Several other films in the series are being discussed with the executives at Paramount. Those long years of STAR TREKless skies are over, who was it that said it would never last? while the ST series—TV and movie—continue to prove

there is life after cancellation. The most popular movie serial of all time is winding down—hopefully for a short time only, with the release of Return of the Jedi which neatly ties up loose ends and relationships there isn't much left for us to dream and write about. The other trilogies will be anxiously anticipated because we've come to expect (and have received) many hours of entertainment from Lucasfilm but what about the characters we've loved over the last six years? while Kirk and company live on (at least for the next couple or four movies) in their known forms, the next time we see Luke, Han and Leia they will in all likelihood be portrayed by different actors.

So, while the futures of our favourite star warriors and at least one star trekker are unknown we still have two men whose dreams we made our own. Thank you George Lucas and Gene Roddenberry for opening up new horizons. And now, going from a few words about our sponsors to a few words about this fanzine. First, let me thank J.J. Adamson for coming to the last minute rescue and creating the beautiful cover for Enterprising Falcon, Speaking of art, I have misplaced}

the artist who did the majority of the artworic for EntFal. If anyone imovvs the whereabouts of Jo Anne Stayton formerly cnf Blacksburg, Virginia, please let me know or else have her get in touch with me.

Some of you will be wondering about the titles of a couple of the stories. In the Forest of the Night is taken from a poem by English poet William Blake ("Tyger, tyger, burning bright, in the forest of the night") so Alma Hedrick tells me, I knew I'd heard it somewhere. My History of English Literature teacher would not be happy with me if I did not at least recognize it. The other, questionable, title is CricketsI Comedy genius Mel Brooks said, "masterpieces are not for artists, they're fair critics. Critics can't even make music by rubbing their back legs together," Anyway, the title makes perfect sense to me and as long as one of us understands. Besides, it's my story.

Thank you to all of the contributors, Hopefully, your work has been presented in a favourable manner.

This is your pilot saying, hope you enjoy the flight and may you all live long and prosper in the Force. 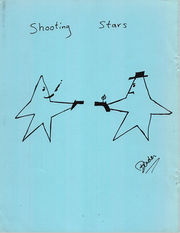 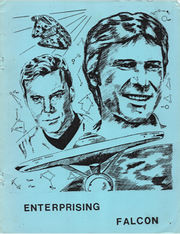