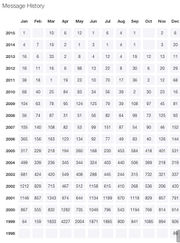 "This is a discussion and fan fiction list for the UPN television program *The Sentinel*. Topics range from G - R. We prefer nothing graphic or NC-17." [1]

CT is a totally GEN list. It is a slash-free zone. What does that mean? It means that slash fic, slash recs, slash URL's, slash zines, slash-oriented discussions, etc. are not welcome on the list.

It does NOT mean that you can't say the word "slash"; it means that slash content is not permitted. This is not due to listmom homophobia or anything stupid like that. It is because many moons ago when Angie started this list, she decided it would be just gen because A) the original list members wanted an environment that was free from graphic material, and B) Angie didn't want to have to worry about imposing an age limit. That was eight years ago, and things haven't changed. [2]