The Caryl Fanfiction Awards were annual awards for fanfiction, featuring The Walking Dead pairing of Daryl Dixon/Carol Peletier, better known as Caryl. Originally hosted by thecaryldaily, before the creation of a separate site. The fanfiction was nominated by fans, and the winners were determined by online vote. 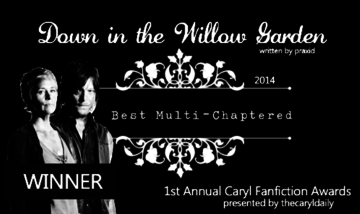 ✱Note there were no awards in 2015, and some categories changed over time