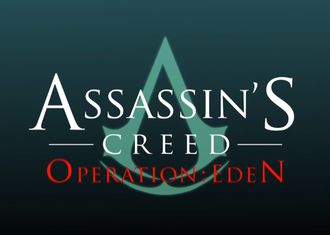 Assassin's Creed Operation: Eden is a fan film made by Ginger Twins Productions. Only a "Part 1/Teaser" was released, though there were plans for more.

The film was made in Adobe After Effects, and combines live-action footage of the actors with graphic assets from AC1.

The film's protagonist is Bruce Tamis, who was raised as an Assassin and sent to rescue Desmond Miles from Abstergo. Tamis is captured and made to enter the Animus so that Abstergo can study the memories of his grandfather in 1942.