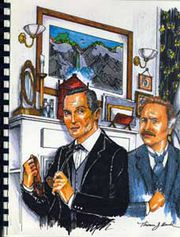 From Media Monitor: "A fanzine focused on the friendship, loyalty and psychology of the legendary partnership of Sherlock Holmes and Dr. Watson. Stories reflect the adventure, drama, humor, and complex friendship portrayed in the Granada series and the original literary accounts."

221B Baker Street 4 was published in May 1996 and contains 124 pages. It was dedicated to the memory of Jeremy Brett. 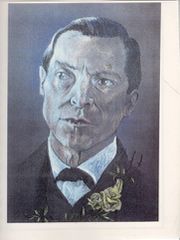