The story focuses on the personal and professional relationship of two homicide detectives in the Louisiana State Police, Rust Cohle and Marty Hart, through the recounting of an old murder case. The show is heavily influenced by Southern Gothic imagery, horror and weird fiction. It makes intertextual references to Robert W. Chambers' The King in Yellow and uses Carcosa, The Yellow King, and the color yellow as motifs through the episodes.

The most popular pairing is Rust Cohle/Marty Hart. The fandom is fond of angst but shipping Rust and Marty as a more or less happy old married couple is also fairly popular.

Season 2, which introduced a new set of characters and a new story, was met with overall disinterest bordering on contempt. Season 3 was more well-received and generally considered to be closer in quality to Season 1. 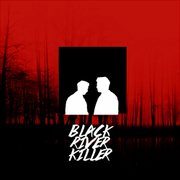