To Catch a Butterfly 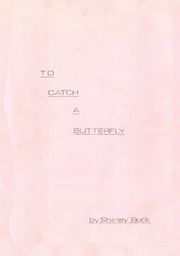 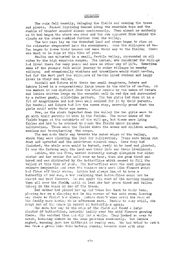 The Enterprise is ordered to Mercia, a former colony planet, which reports problems due to an alteration in its climate. Upon arrival, Kirk is told by the Governor-General that they only require assistance for a few months; there are food shortages, but the situation is not serious. However, the survey scans reveal a critical situation with food and water shortages becoming serious. Refugee camps have been set up and in one of these, designed for the hill people, conditions are desperate. The full resources of the Enterprise are needed to tend even a small proportion of the people, and further aid from the Federation will come too late for many... Interwoven with the main theme of the novella are several sub-plots: the story of the child Zahira, one of the Hill People; Kirk's relationship with Serena, a doctor working with the refugees; Spock's decision to resign from Starfleet and return to Vulcan; the source of a mysterious energy pulses noted on the planet.

This zine was a pleasure to read. It is literate, grammatical, and displays an excellent command of the language. It is also a compelling story, well told, that arouses and sustains the reader's interest. The writer handles her theme with realism; she has captured the misery and despair of a dying people with compassion. I found her use of description to be well-developed; her account of the burial ground was horrifying, yet did not descend to sensationalism. The character Zahira is beautifully imagined, touching without sentimentality. I was also pleased to note that the author did not fall into the trap of portraying the arrival of the Enterprise as an instant cure for all ills; the resources of a Starship may be immense, but they are still limited, and on the scale of Mercia were soon exhausted, thus throwing an even greater burden on the crew. I might add, too, that I was impressed with the treatment of McCoy, a character too often neglected or reduced to insignificance.

I did find some weaknesses in the story. The obligatory romance between Kirk and Serena struck a jarring note, particularly in the speed of its development. This is, however, a common problem with writers, professional and fan, who seem to find it difficult to create a female character without throwing her into the arms of one of the Enterprise crew. My second quibble is also over a situation which I find all too often. Why is it generally assumed that Sarek, having married a Human, should be illogical enough to demand that his son be fully Vulcan? The man is intelligent, for heaven's sake -- he's going to know that Human characteristics will inevitably appear. I believe it is possible to depict that father/son conflict without weakening the character of Sarek into someone who denies the consequences of his own actions.

In fairness, I must say that these two points, which I consider weaknesses in the plot, are purely subjective; they will not bother every reader. Even with them, I thoroughly recommend this zine as one of the best I have ever read. [1]