The Tangled Web is a Bodie/Doyle story by Jack Reuben Darcy. It was originally posted to the online circuit library in May 1999. At the time the writer said they had only written two Pros slash stories. The story won a 1999 Huggy Award for Best Dramatic Online Story. 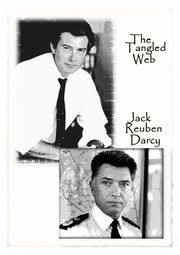 Author's summary: "14 years after leaving CI5, Bodie returns as Controller, still mourning the death of his love, Doyle. Travelling north to meet the country's police Chiefs, he meets Alan Cade and begins a journey with more surprises than he bargained for."

"Bodie, the brand new controller of CI5, deliberately begins a round of introductory meetings with Chief Constables in Eastland, ensuring a meeting with Doyle look-alike, Alan Cade. Having lost his lover many years ago while he was seconded to MI6 for a mission in Africa, Bodie never achieved closure and continues to search for his lover, much to the dismay of his friend, Kate Ross. Bodie seduces Cade and realizing that he has begun to fall in love with him, guilt over betraying Doye nearly destroys the possibility of a relationship between them. Discovering Cade's deepest, darkest secret only complicates matters as they try build something that will last in a world that isn't quite ready for them.[2]

"B is appointed as head of CI5 and meets Chief Constable Cade (who is really D). Each of them thought the other dead (they were set up by Willis) -- B does not recognize D and D decides not to tell him the truth. B has been attracted to D's lookalikes so he beds Cade even as he is angry at him and himself. Eventually the story comes out: when B had been declared dead, D had left CI5 and met the real Cade; when this one had been killed D had replaced him (letting people think D is really dead) and now cannot revert to his real identity (his daughter, his ideals and work). At first they try D's way, just being friends, but it won't work, so they get back together. There are some rough patches, as D is paranoid and B is over-protective, and they have to work out the pain and resentment of their enforced 14 years of separation: but eventually they manage to work together for the new National Police, to come out to Cade's daughter and to their employers, and live together happily ever after. [3]

This is a Pros/The Chief crossover, but don't hold that against it. It's well-plotted and is a real page-turner. [4]

No one does drama and angst like Jack Reuben Darcy. The author is incredibly gifted at setting up situations rife with misunderstandings, heartbreak and despair, and manages to keep the readers glued to their computer screens until the conflicts are resolved. That might be considered a bit excessive at times, but the stories' style and emotional depth are more than sufficient compensation. If you have several hours to spare, then enjoy these. Certainly a must-read. [5]

"A gorgeously long story about the masks people wear to help them cope with life, or in Bodie and Doyle's case the machinations of Willis from MI6. Darcy writes beautifully, keeping the lads themselves (or whoever else they're trying to be), and she has a talent for tugging at your heart!"[6]

"This is long but well worth the time. The great thing about this author is that he gives you hundreds of kilobytes of gut-wrenching angst, and then once things get resolved he always gives you a lovely long interval in which people cuddle in front of the fire and sip cocoa and bask in one another's presence, and then go upstairs and boink like mad. This is set long after the end of the show, I understand, and is a crossover with something one of the actors did recently. This story left me with a feeling of deep satisfaction. Slash."[8]

"I really like this story. I like the emotional intensity of the situation Bodie and Alan find themselves in and I love the way the story develops. I like the way Bodie can't help seducing Alan but hates himself for it afterwards. I especially like the way Bodie discovers Alan's secret, although his reaction is a little extreme, perhaps. And I really love the ending, 'cause I'm a sucker for happy ever after."[9]