The Master of Alpha 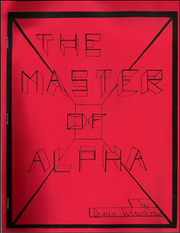 "When Kae, ruler of a planet called Sed-Villein, transmits an invitation of safe refuge with him, Koenig moves cautiously. A summit meeting is proposed and, enroute to the meeting, all contact with Alpha is lost. Rendered unconscious, the landing party slowly awake to find Koenig and Bergman dead. Suddenly they are knocked unconscious again and reawaken to find that the bodies of their friends are missing. Then, one by one, terrible nightmares are inflicted upon them and various medical tests performed. What was the fate of Koenig and Berman and what is the reason for their torment?" [1]

"Maya does not appear, Tony, Paul, Kano, Bill Winters, and Victor appear; planet Sed-Villein, alien Kae, Main Mission still in use, Tanya, Joe Donaldson, Mathias, Sandra, miner Harry Garth, women of Alpha are to be used to produce a race of slaves for these aliens, Alphans are allowed to return home after they resist." [2]