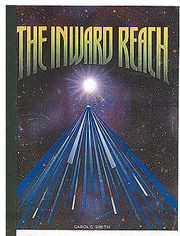 From a 1995 ad: "A mysterious force threatens not only the Federation, but the Klingon and Romulan empires. The Enterprise is assigned an historic mission: to team up with a Romulan vessel, play host to a Romulan 'scientific' team, and attempt to defeat this unknown threat. When the Romulan team comes aboard, it is quickly apparent that a problem exists between their personnel, as well as the fact that they may not be who they are purported to be, and Spock quickly becomes involved. Before long, Kirk finds his hands full as Spock becomes more withdrawn, the Klingons show up, there are problems with the cloaking device, and, finally a murder."