A description: "What if Robin of Loxley didn't die? A series of interrelated stories."

Another description: "A post-"Time of the Wolf" zine based on the idea that Robin of Loxley didn't die. Stories follow how Robin survived and what finally brought him back." 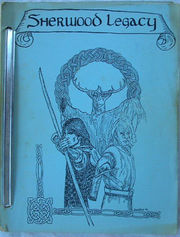 From 1993 ad: "Robin of Lochsley is rescued after the attack on the tor and beings a three year adventure when Marion enters Halstead. How will his return affect the outlaws and what will the sheriff do with two Hooded Men in the forest." 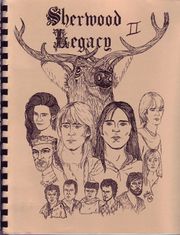 From a 1993 ad: "The adventures continue as a new steward arrives at Nottingham and a group of Scottish minstrels enters Sherwood. Will Robert's family ties involve the outlaws in a royal battle? What will Guy do now?"

From another 1993 ad: "These stories introduce a new Nottingham steward, and a roving band of Scottish minstrels, which bring both music and romance to Sherwood. Guy pays a visit to Gisburne and the outlaws are drawn into a complex plot against the King of Scotland." 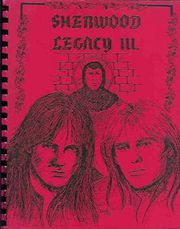