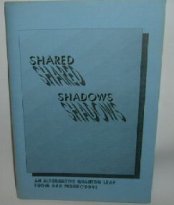 It was originally published in Australia.

It was published by AAA Press, which did not publish slash.

It is described by Agent With Style as slash.

Stories in this universe are archived at Quantum Leap: Institute Archives; archived.