POLYchromatic was a multifandom RPG created in March 2005. It was set in a fictional City, in an alternate dimension, where various characters were pulled in, at various stages in their canon. The City was plagued by one-day "curses", which were events that altered the reality of the game and/or personalities of the characters. The entire In-game setting was quite complex, and new players could sometimes felt overwhelmed by the seemingly chaotic game[1]. However the game had a very comprehensive documentation, complete with FAQ and in-game plot details adding to the experience.

The community was originally created on Livejournal, before migrating to Dreamwidth in 2012. 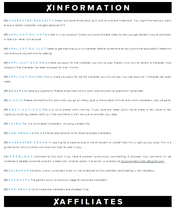 Additionally, players (and by extension the characters) made use of the Network (in-game, magical bersion of The Internet).

Big emphasis was put on playing In Character and staying active (as defined by two network posts a month), with mods running monthly activity checks[2]

There was no limit on a number of characters one person could play, as long as they were able to keep up the required activity for all of their characters. The majority of play happened in Character Journals. It took place either as virtual character behavior (Network text, video, or audio posts) or action logs. Network posts were heavily influenced by LJ privacy settings allowing only some characters to see specific parts of the posts etc. While the majority of play was done in real time using separate character posts, a lot of players also employed sticky posts for additional play, allowing different characters to engage with their characters outside of regular events posts, as well as giving other players the opportunity to interact out-of-character.

IC and How's My Driving

Because POLYchromatic put a great emphasis on playing In-Character, How's My Driving was a regular OOC event that allowed players to solicit feedback on their playing[4].

The original solution that I quite liked about Poly, is a regular “How’s My Driving” event, where other players can comment on your use of your characters. Whether they think you’re doing things right, suggesting improvement and being all kinds of helpful.[1]

The players could comment on the HMD post (participation was optional and not mandatory) with their name, the list of characters they played, and whether or not they wanted anonymous feedback. The overall mood of these post has always been enthusiatic and possitive, with plenty of capslock being used.

On December 26, 2011 the mods posted to the main community with an announcement that they were considering moving the POLYchromatic community away from Livejournal.

At the moment, lot of LJRP games are thinking of moving due to that selfsame clusterfuckery and drastic changes on Livejournal--especially to Dreamwidth, but also to InsaneJournal. We thought we'd come out with our stance at the moment:

We, the mods, do know that moving is absolutely an option in response and in regards to these recent changes at Livejournal. We are prepared to take that option and permanently move to another journaling website if it seems that that is going to be the best decision for the game. We already have communities reserved around which the game could be built after moving to a new website (at present, we have communities set up at Dreamwidth).

We know that many people are both comfortable and uncomfortable with the prospect of a move like this and we completely understand. It makes us pretty anxious too. And we would, of course, be concerned about losing players or details or parts of the game in such a process.[5]

They followed that with a poll on January 2, 2012 asking the players whether or not they wanted to move to Dreamwidth. After the decision's been made to move to Dreamwidth[6] another poll has been set up to decide the format of the game: whether the players wanted to keep the journal-based game format or change it to a community-based format. Though it wasn't included in the poll, players raised up the possibility of a hybrid game format[7]. In response the mods made a list of pros and cons of eah gaming format.

After said poll was closed, it was decided the game would adopt a community-based format[9][10].

Polychromatic might come of as chaotic and complicated, but they have a very detailed guide to the game and equally helpful moderators. Players themselves also try to help all the way. If you’re an RPG fan, this is one game you should consider joining. The experience is unforgettable.[1]