Heroes Big Boom Challenge is a Big Bang for Heroes, Heroes RPS, and Heroes crossovers. It is based on the spn_j2_bigbang and svbigbang challenges, but with a few twists and turns. According to the community profile the goal of the challenge is for writers to write a 10,000+ word Heroes, Heroes RPS, or Heroes crossovers novella. Artists and vidders create an accompanying piece of artwork or trailer vid to go along with the story.

All stories are posted to the individual author/artist/vidder's journal or site, with a master list of links and summaries posted at the community.

Summary: Ten years after Nathan Petrelli dies at Kirby Plaza, Peter discovers a box of memories at their family summer home in the middle of planning an operation to take down Sylar once and for all. This is the story of what happened before, and what happens next.
Artist: mwmm23

Summary: Her life was supposed to be getting back on the track it jumped years ago. Nothing was supposed to go wrong. Sequel to You Can Applaud If You Want To.
Artist: wiselyparanoid

Summary: Peter knows there is something wrong with the world, but with his memory gone, he isn’t sure whether his nightmares are trying to send him a message or if he’s just going insane. No truth can remain buried forever, though – not after what he has done to the world. A sequel to “Deep Sleep” and “Sounds”. Complete.
Artist: chosenfire28

Summary: A major cover-up is revealed, and Peter takes it upon himself to deal with the aftermath directly.
Artist: paperflowered 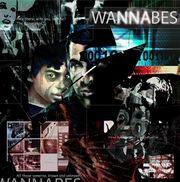 Summary: Micah tries to convince Sylar that they can be heroes. AU from middle of 3x24 - 'I am Sylar'.
Artist: togsos

Summary: Zach and Milo meet up in New York after the cancellation news and discover that as one adventure ends, a new one that's more important and life-changing begins.
Artist: therisingmoon

Summary: Sequel to Business Proposition and Same Time Next Week; Jess knew that getting involved with Nathan would make his life complicated, he just hadn't realized exactly how.
Artist: chosenfire28

Summary: Nathan is a conman with a habit of getting in too deep, and this time is no different. While he's recklessly trying to reach the prize before anyone else, Claire attempts to keep him safe from the gangsters that are always two steps behind them, Matt tries to get the upper hand on Nathan, and Peter just wants to get married in peace.
Artist: ryuutchi

Summary: Everything changed with Claire's dive off the Ferris Wheel, just not for the better. When life became unbearable, there was no choice but to rebel. Yet for all their power, they're still losing. With their last chance, Peter, the right man for the job, used Hiro's power to stop Claire from ever taking the dive. Pity that he got himself killed beforehand, leaving Sylar with the task. Pity that he died too...
Artist: davincis_girl

Freedom's Just Another Word (For Nothing Left to Lose), banner by skylar0grace

Summary: In which Simon becomes Sylar's lawyer and then at some point he disappears. Sylar, not Simon. And then Peter happens.
Artist: skylar0grace

Summary: After Nathan Petrelli’s revelation, the world panics and rejects people with special abilities. As fear and darkness spread, those who were once villains become the victims, a family is destroyed, and an innocent woman is forced to fight.
Artist: rebelle_elle 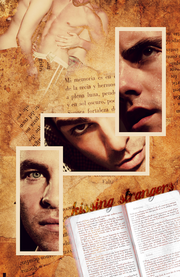 Summary: This story is about Chris sitting in his tub naked - without water in it – reading poetry out loud to Zach. Zachary being confused and Milo being amused by all of it - maybe because he's the only one who has a clue here.
Artist: therisingmoon

Summary: “My name is Claire Bennet, and this is attempt number… I guess I’ve kinda lost count.” What exactly did Claire think would happen when she told the world about specials? A peaceful co-existence? Peter isn’t sure, but he can see it’s not working out as everyone might have hoped.
Artist: Jenny (crossroad_x)

So, You're Here to Save the World, cover banner by davincis_girl

Summary: Peter keeps getting stranded in a limbo away from home, and gets to know a man he thought he already did.
Artist: harehare

Summary: In the aftermath of Claire Bennet's announcement, disturbing visions of lying hooked up in a pod lead Peter Petrelli to question the nature of his world as others around him start noticing similar kinks in the fabric of reality.
Artist: davincis_girl