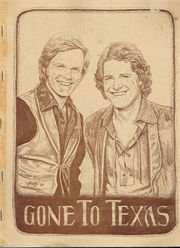 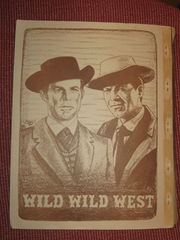 The editor notes that "Two stories originally planned for "Gone to Texas" have not been included. These are: "Wars Never Really End, They Live Forever" (Jesse and Frank James) because of a problem of prior commitment to another editor, and "Night of the Witch Hunt" (a sequel to Ronni Sacksteder's "Night of the Blind Begger" (Wild Wild West) as it was still unfinished at the time "Gone to Texas" was put to bed."