You may be looking for Dreams Incorporated, a Doctor Who zine.

Dreams Inc. 2 was published in October/November 1981. 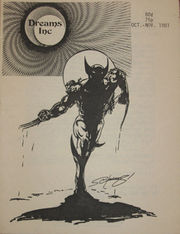 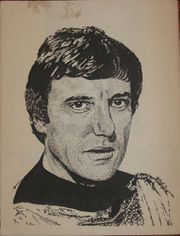 Hello, hello, and welcome back to the world of fanzines. I'd like to thank every one of you who sent me etters about issue number one. Both of you. Really, I appreciate the mainstream of fandom sending me their comments.

Now, about this issue. If you've already looked at the table of contents, you will find that almost nothing that was promised last issue appears in this issue. There's a reason for that. I'll take them one at a time.

The Greatest American Hero episode guide: Since it is so close to the opening of the new season, we thought it'd be better to leave that until we could give you all the episodes instead of just the first season. It is on it's way.

Doctor Who The New Episodes and a look at Peter Davison's first year as the Doctor: the first half appears this issue, but as the episodes starring Peter Davison have yet to be aired in England, that part has been delayed.

The Avengers and Sapphire and Steel articles were pulled because of space due to the new format. They will appear in future issues.

Full Moon, the wolverine fiction story does appear this issue, but the title has been changed to The Moon That Kills.

Also in this issue are reports about Panopticon West and the Minneapolis Comic Convention, some Blake's Seven poetry by Margaret Martin and more. It's a good issue, I hope you all enjoy it.

Steven helped start who fandom in the United States and began publication of the GC in the fall of 1979, the first Who-zine in the States and one of the best in the world. All of Who fandom is grealy indebted to Steven for all the time and effort he's put into not only the GC but the Doctor Who Information Network, which he helped found and the recent Panopticon West. 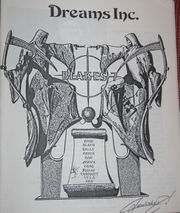 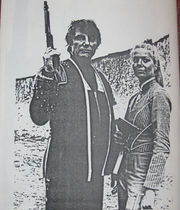 The cover shows two "grim reapers" over a tombstone with the names of the Blake's 7 characters, and the show title Blake's 7 at the top.

From the editorial: "...I think you'll like this issue. We have an interview with Steven Pacey that you might find interesting. Also, by popular demand, the first part of a Tomorrow People episode guide. This show has gotten quite a following, considering when and where it's run. We also have more poems by Margaret Martin and a Doctor Who merchandising report. By this time everyone has either hear(d) about or seen the ending of "Blake", episode thirteen of the fourth series of Blake's 7. In my opinion, this one episode ranks right with Logopolis and Amok Time as some of the best sf episodes ever aired for any show. As I write this, Lionheart has got the rights and tapes for all four series of B7, so don't bother writing to the BBC, bug Lionheart and your local stations. Also, the Hitch Hiker's Guide to the Galaxy has been distributed and there is a rumor that it will be run in the Witchita area. Any confirmation of this will be greatly appreciated."