Dragonchoice is a gen Dragonriders of Pern set of two e-zine novels by Faye Upton. They have multiple artists. 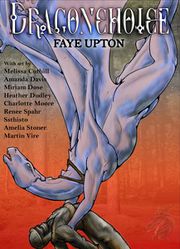 Summary from the creators: "Deep in the Seventh Interval, with the Red Star a distant threat, Madellon Weyr's power is at a low ebb. But internal politics never sleep, and with Madellon's only queen due to rise, everything hangs on the unpredictable nature of a dragon's choice." 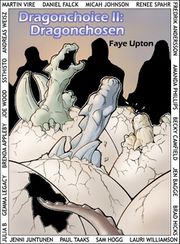 Summary from the creators: "There's a clutch on the Hatching sands, but the sudden death of a rider casts a pall over Madellon. The Weyrleader must balance the needs of the Weyr against the growing crisis elsewhere in Pern and hope that his oldest friend can solve the mystery in time."