Coming of Age is a gen Kung Fu: The Legend Continues anthology. 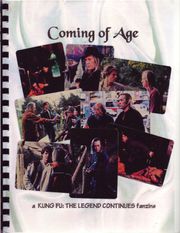 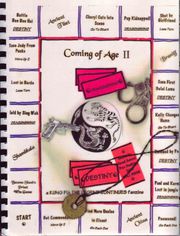 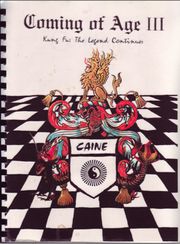 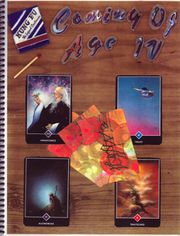 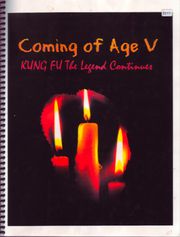 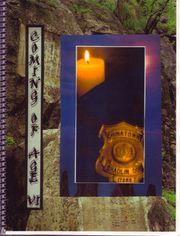 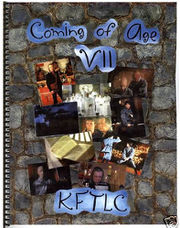 Coming of Age 7 was published in 2002. (From a distributor, Agent With Style: "In this 350-paged gen zine, you'll find such wonderful tales as: One cop with amnesia plus two crooks with an agenda equals chaos. But what else did you expect? -- Peter finds real love for the first time, but with someone who can never be with him. Yes, there had to be a catch somewhere... -- Peter's not speaking to Caine, who just returned from his six-month absence. But that's just the start of his problems when bad guys want him dead and friends from the Dragonswing turn out to be more than just weapons experts. And much more!") 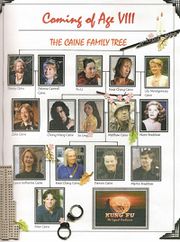 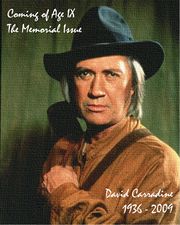 Coming of Age 9 was published in 2009 and contains 212 pages; it is a tribute to David Carradine. Cover art by Lisa Lovewell; interior art by Betty Johnston.