Bridging the Gap is a gen Kung Fu: The Legend Continues anthology. 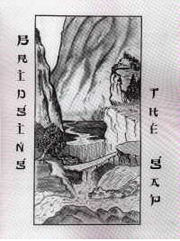 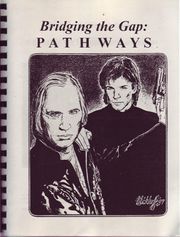 Bridging the Gap: Pathways was published in 1997, contains 346 pages, and has the subtitle, "Pathways." This was a special issue, rewriting the ending to the series from the fan's perspective. Unlike the other two issues, this one contained stories exclusively about what happened after the final episode. "And now here is our way of continuing the series by focusing on how we would have ended the show, or had it continue from "Requiem."

Bridging the Gap 2 (98 pgs) It is subtitled, "Bridging the Gap, Too," is the official second issue, despite it being third in the series. Like the first issue, this one contained stories that filled in the gaps in episodes throughout the series.