Blue Box is a gen Doctor Who anthology of articles, reviews, interviews, and fiction. The editor notes, "However the sad news is it [issue #3] will be last Blue Box for some time as the good news is I have been offered the opportunity to take over as editor of the Doctor Who Appreciation Society's publication Celestial Toyroom. This will be a great honour and I thank all that have supported me and Blue Box so far as I feel this has played a large part in my appointment." Blue Box 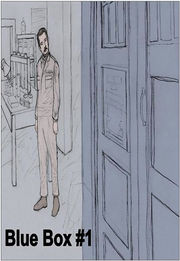 From the editor: "I have had a wonderful response to #1 we are now heading towards the 50 copies sold mark and I have to say I am a little overwhelmed! I expected Blue Box to creep out and maybe catch the attention of a couple of people but instead there has been a great interest and some very positive feedback to accompany it." 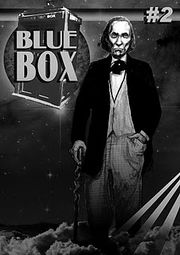 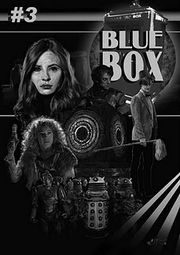 Blue Box 3 was published in January 2011 and has a front cover by J.F Wilson.