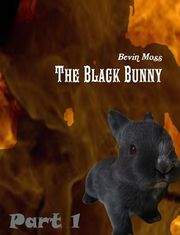 Black Bunny is a Harry Potter slash fan fiction series that was released in both online (2009) and print format (2011).

Summary: "Harry's had it with his destined role after the Order does something he can't forgive. Now he's done with both sides of the war and wants to be left alone. But since when have his wishes ever counted for anything? Lord Voldemort/Harry Potter Slash!"