Ardnieu University was a non-canon Harry Potter-verse Roleplay Forum. Fans of Harry Potter came together to create Potter-verse Original Characters for which to write a collaborative story involving life at a University for magic. (A concept which was not made canon by JK Rowling.)

Eventually, PDU was infused into AU in order to provide more activity to PDU characters; the plot necessitating this move being that Patricius Docui was severely damaged by students, and going under repair.

There was extensive world-building done mainly by admins Lea and Bree, including maps of the school and surrounding areas, notable NPCs that played characters might interact with/know of, and more. The forum also had an in-character owl post sub-forum for epistolary-style roleplay. Players of professor characters had to submit an application detailing aspects of how the classroom would be run in-character, and for a time, student characters had to participate in an 'orientation hall' thread introducing their character to Ardnieu University as a way to prove literacy and character development before being allowed to play on the rest of the board. 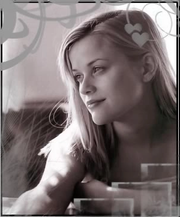 Alice Devreaux, face claim: Reese Witherspoon
Administrators and moderators of the board actually created in-character accounts that simultaneously represented school staff, such as the Chancellor, Professor Moreen Rastal (played by Bree), and student ambassadors such as Alice Devreaux (played by Jane).

Additionally, there were in-character extra-curriculars such as Quidditch and a school paper (The Ardnieu Reveille.) The character's players would actually write news articles in their character's style.

One of the biggest, and favorite plots on-board was that of the war. It was an original war, and involved both muggles and wizards alike. A military system was developed on the wizard side, and characters able to join various branches (ie. the Broom Brigade,) be sent to different locations throughout Europe in order to participate in battles, provide medical treatment and the like. Some characters were separated forcibly from their families. Many characters came back to their education, post-war, with physical and mental wounds.

The site was created as a transition for some of Mimmy's characters, along with others, primarily Pandora Kavanaugh and her then-partner Kievan Tao Ordlay, played by Arky. The transition being that of growing up from a Hogwarts student, into higher education. Pandora's story was a board favorite, many eagerly reading her story line as she met Michael Crespin, played by Lea, and fell for him over Kievan. Eventually going on to marry Michael and have their children played as well. (Brianna and Brendan Crespin were present for an iteration of AU which jumped into the future so that past generations of characters could be archived, fresh faces and names taking their place.)

AU inspired several other roleplay forums and had loyal players throughout the many iterations of the game, none as notably successful or long-running.

Originally, the site was hosted on InvisionFree, but when InvisionFree closed, the option was given to clone the forum onto TapATalk. Mimmy did so in order to archive the works of those who participated throughout the years, but no roleplaying took place on the new site. On 21 March, 2020, several of the archived roleplay threads were mistakenly deleted.[1] TapATalk has as of yet been unable to assist in recovering this data.